Most important thing, gut feel is you need to be gearing up for a 30-day period at home and 60-days of home schooling.

Human nature is to expect things to blow over quickly (denial), then get depressed (despair), then never end (acceptance?).

Or you can jump straight to anger… 😉

Above is a pic of our back-up fridge. We think we have a lot but it will be gone in days. I’m going to let everything run out: (a) to avoid shopping alongside sick people; and (b) so I learn what’s important in this sort of situation.

I have to say, I am getting a lot more respect for preppers. I’d always pooh-poohed the idea of the zombie apocalypse. The most advanced countries in the history of the world will have been completely shut down across 60-days.

If you need some reading ideas… there is something I picked up from George Soros:

Social systems move from under- to over-regulation based on crisis experience. Each move setting up the next. I suspect we will see this coming out of this crisis.

The Soros book is a good read and getting a better understanding of his political philosophy is worth your lockdown time:

People in Boulder starting to get it. Everyone in the neighborhood keeping six feet distance between non-family groups. Families still staying close – this will change once the infection pattern shifts from between household to within households. We are a ways away from that because we’re not truly locked down.

Asian experience in a 14-day lockdown. First you see the positives from last week’s infections. Second you see the infections from those people infecting their families.

I came across a good metaphor – would you take an M&M from a 100-piece pack if you knew there were two inside that would kill you. If you’re at a St Paddy’s Day frat party then this is something to reflect on.

Throughout the county, the school district is giving food out to all kids, no questions asked. My kids couldn’t figure out why anyone would need to give away food and were worried homeless people would kidnap kids to get free food. I settled them down and used the opening to talk about food insecurity for many in our community.

Actually paid attention to the paper losses during rebalancing, ouch!

Down 30% is harder to lean into. Four years annual living expenses went up in smoke yesterday (paper losses). Put a year and a half equivalent (personal living expenses) into equities today from bonds.

Kids made a leprechaun trap – overnight, I tossed in some money from my grandparents – they were thrilled with commemorative coins from Canada’s 1967 Centennial. 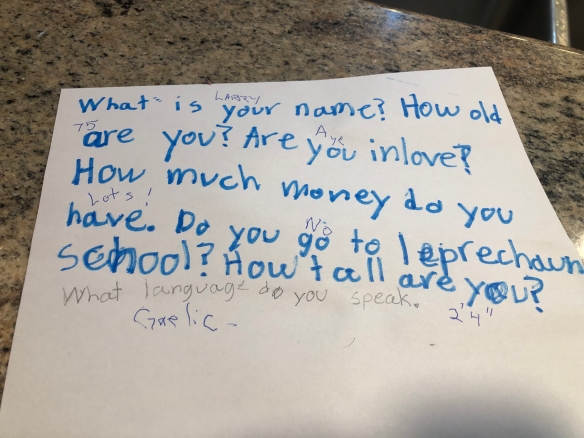 Why don’t we allocate the first two hours of every shopping day to seniors and their caregivers? There will be less virus present early in the day.

Not my idea and I can’t remember where I saw for credit, probably Twitter.

Real-time evidence of flattening the curve. Lodi had the first Covid-19 case in Italy, and implemented a shutdown on Feb 23. Bergamo waited until March 8.
Look at the difference.

Note the successful lockdown city’s cases are still rising after 16 days. If you don’t lock early then you will be locking for double the public’s expectation.

Less good news was Washington Post reporting stealth transmission from up to a million asymptomatic people with the virus. Makes sense: the virus is using kids and young people to spread itself.

The state is opening a testing facility in Telluride / could it be the lack of positives was due to a complete lack of testing? MEXICO – you need to be thinking about this possibility!

A better message is going out to the public with the state ramping up testing in the high country and encouraging more testing. Private companies coming on board. Polis sent state nurses to Telluride. That got me thinking – a lack of positives might indicate a lack of testing, not a lack of the virus.

Virus was in Vail Village March 1st at the latest. This has implications for every location linked to a hotspot => Mexico fooling itself right now. For example, it’s not possible to get a flu shot in Cabo. They’re unprepared and will be surprised, when something unsurprising happens.

Rerun the math on incubation and positives: five-day positive test growth rate is 37% with 160 yesterday. County figures not out yet so don’t know Boulder County.

It will be interesting to see how we were wrong about virus growth, in hindsight. How large a magnitude are we missing right now?

College kids partying – start testing them and widely-publicizing their deaths and positives. These kids respond to fear and authority.

Letting the mail sit in the box overnight, then opening away from my desk/kids/keyboard and washing hands afterwards. Main risk would be our man, Reno, getting respiratory droplets on it.

Our elementary school has a bird for a mascot. The teachers award paper feathers for outstanding behavior and the kids stick these feathers on a big bird on the front hall of the school. Axel came up with a craft idea to make a big BYRN so we had something to stick out feathers on. He’s been outstanding. I gave him a feather for leadership. 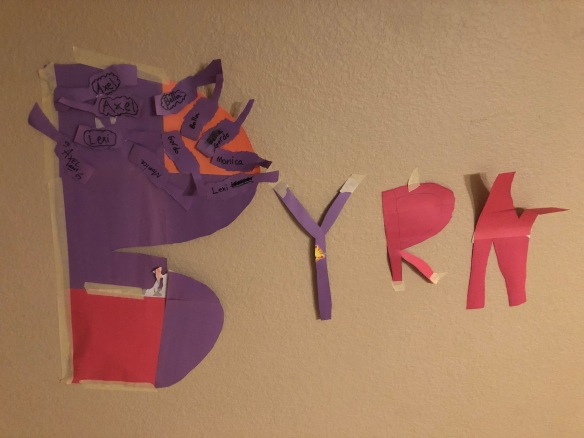 Started Science with The Tiny Seed from Amazon Prime – slowed them down after recess – 10 min movie.

I didn’t get a picture of myself yelling down the basement stairs when my oldest kicked her brother. My voice box was sore for hours! Our youngest hid under a table for 20-minutes. So, it is not all Kum-by-ya and home baking here.

Still, we are doing better than I would have expected, thanks to TINA => There Is No Alternative